(I’m gonna do this one for @Diggydash)

It’s a man thing.
He’s doing it right now… if you’re reading this and having sex at the same time that is. 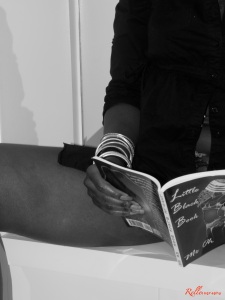 Not sure what he’s doing or what I’m talking about?
Okay, lemme ask you this then… ever been giving your man the wickedest hip dip and you look at his face and he looks… somewhere else?
Like he’s not completely there?
Or… and this is a regular one… have you ever been getting the perfect itch for your scratch and he suddenly stops or slows down, thus throwing you out of your flow, and further away from the orgasm that was building?

That’s when your man is controlling the stroke.
He has to. He NEEDS to.

If he doesn’t then he’ll come before he wants to and, unless you have a man who’s round two kicks in right after round one, you might need to wait 10-15 minutes. (Unless he knows to go down on you in the meantime.)
The moment you decided to climb on top and start riding him like he was a Budweiser horse, he realised that the more you moved, the better it felt and the better it felt, the more he’d want to fuck you back. And if you’re wet enough and your walls hug just the right way, then he will enjoy it. Maybe a bit too much.

Now she’s lying there, looking at you like, “you best have a killer round two coming up or you best eat the BEST pussy!”
Eitherway, he may feel like he misrepresented himself. Usually, he can hold back an orgasm with a mix and match of positions and numbing strokes that make him go for two, maybe three hours, but, sometimes, the urge to ‘cross the bridge’ is too much.

Just in case ladies aren’t sure what bridge I’m talking about, allow me to explain.

When men sometimes come quickly, or come inside you instead of pulling out like you both agreed, it’s because we get to that point of no return. (Unless he’s sneakily trying to get you pregnant on purpose.)
That point of no return is when it felt good… and he felt it…
It registered in his brain that THAT movement, with those noises from you, mixed with the moisture and all and he knows that one more quick pump and it’ll be the sperm road to shootsville.
Ever had a man fucking you and he suddenly says, ‘oh shit, sorry!’ then pumps a few times then that’s it?
That’s because he got to the tip of the point (of no return) and TRIED to change the flow before the point of no return got him. But he went too far over the edge and well, TADOOOOOOW! 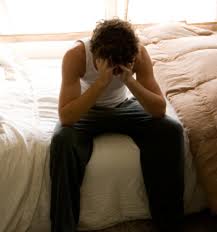 A controlled stroke is something every man should have in his toolbox of tricks. Especially if he get’s into the party without a jacket.
It’s widely known – and sought after – to get into the party without a jacket so you can REALLY enjoy the music the way God intended.
And though the music is REALLY good, you can’t lose yaself in the beat.
Otherwise, you’ll be sitting down before the bashment kicks in, talking about, ‘gimme a minute!’

And that’s never cool.
Especially if she’s allowed you in.
And you go and dance yourself out of breath too early.
Tut tut tut…

That will just not do!

You need to go back to the drawing board and remember what it was like when you were just starting out in your sexual career. The controlled stroke was born at the start of a man’s sexual rap sheet. If he wasn’t one of those people who had Byron Long status from the first dip in, then he definitely had to learn to control the stroke.
At the beginning, sex was usually slow, cautious, designed to find the rhythm. You weren’t experienced enough to make ya hip circulate but you learned that the longer you controlled the stroke, the LONGER you could go on later.
(Okay, maybe it took a few preemptive orgasms on your part before you could control it but you got there in the end, right?)

One of the hardest aspects of being able to control your stroke and, as Keith Sweat sang, ‘make it last forever’ is the unspokeness of what your REALLY trying to do.
Really, it’s like you are trying to appear more cool, calm and collected than you really are. He may want to make it look like he is handing the wok with ease but, inside, he could be one full, long pump away from spraying ya walls. And that’s when something as simple as an accepting hip thrust, a smile from those dreamy eyes or the dreaded cobra clutch are like kryptonite.

(Cobra clutch is when she chooses to clamp her sugar walls around you while your stroking, making it feel REAL nice.)

To master a controlled stroke, you have to know about your own sensitivity. Every man knows his representative. He knows that head around the head, with attention paid to the underside of the helmet will make you come quick.
So with that same thinking, he knows when a pussy feels too good that it could end the show before the intro.
The question is, does he have the restraint to get past that good feeling?

Controlled stroke is like viewing a potential property.
You have to investigate it first.
Check out the foundations.
Get into every room and see how you feel.
Can you see yourself living there?
Are you comfortable?
Would you invite friends over?

A man knows when he hasn’t controlled the stroke well. She knows too.
Both faces are different but they are born from the same failure (his is either frowning or hiding in her shoulder in embarrassment and hers is like ‘you ain’t shit’.) 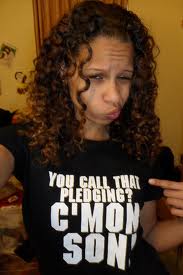 On the flip side… or the underside… when it comes to the first nut, controlling the stroke may not be important if your going for a quick knock out so round two can pass through.
Sensitivity is stronger during round two so you’ll be able to ride till the wheels fall off.
But, don’t get too excited.
Cuz, it’s not easy for some to get to round three without a nap, or a snack.

So ladies, if he’s ever inside you and he’s moving a little slower or he seems to be doing his OWN thing, take time. He could be building to a rhythm that will benefit both of you later.
You’ll usually know if he’s doing that if he is riding you slow and he is moaning and groaning like, ‘oOoOoOoOoOoh gurl, this is some GOOOOOD pussy’, ‘DAAAAAMMMN’ or a long drawn out, ‘SHIIIIIIIIIIIIIIIIIT’.

(That’s when pussy is fucking you up…)

He might’ve just gotten into the party but he’s already moaning and groaning like it’s been 40 minutes. That means he knows that the wrong move here or there can finish the race for one of ya.

A man doesn’t have to tell another man how to control his stroke. Trust me, we ALL know how to do it. Some of us do it better than others and have it mastered to a damn science but we all know.
It’s just about whether we can pull it back from the point of no return…

It’s like a saliva string, dangling from a mouth. It can get really really low, but can you pull it back before it goes too far to the ground?

Or so I’ve heard…

Stroke on… but hold on strong! 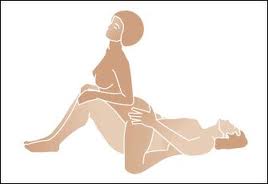