To bi or not to bi that is the question… not really a question though because really, to men, bi-sexual women run the world…
Obviously I wouldn’t make such a statement without backing it up but, there’s an element of truth there.
In today’s society where sex is LITERALLY everywhere, the human sexuality is changing and evolving (I’ve watched two two Disney films and heard a joke that has gone over the heads of the kids but adults looked at each other like, ‘did you just hear that?’)
Over the years, with homosexuality becoming more accepted by society at large, to the point where you can see a gay kiss on a soap with no big announcement in the paper a week before, the creation of the bi-sexual woman (not in a lab or nothing) has come across to men like a Bat signal to mojos everywhere.
How and why?
Well, a bi-sexual lady is a woman who likes both men and women. This, in turn, gives her more options than a heterosexual woman who only likes the meat between her sheets.
Some may call them greedy, some may call them lucky ‘cuz if there’s a man drought, they have other options, some even believe that because they are bi they have a higher level of promiscuity. That’s crap, crap and crap…
That’s on that same kinda shit where dumb people are worried to leave their kids around gay men for fear of them being abused… 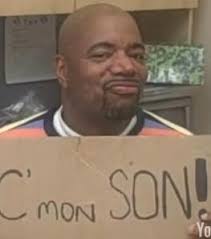 Seee, when a man meets a woman for the first time, maybe first or second date, he will go through the normal question and answer session, attempting to learn. But, at the same time, the questions he’s asking can be loaded with intention which doesn’t surface until much later. Some men will come straight out and ask, ‘have you ever been with a woman?’ and some men will ask, ‘So… do you think Anjelina Jolie is sexy?’
All with the intention of finding out just HOW into women you are. Now, bi-sexual or even bi-curious ladies out there, know that when they’ve told a man that they have had or want to have a bi-sexual experience, his eyes have lit up like Christmas lights. 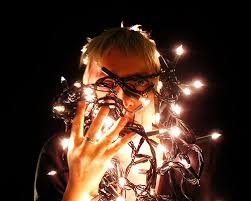 Yeah, I’ve been guilty of such but that’s because you’re mind instantly thinks, “yummy, she likes her juice from the furry cup… WINNING!”
And before you’ve even had another date, you are already thinking:
who do I know bi-sexual who’d be down
what website do I know where I can meet bi-women
who was the last woman I know who was looking for some pussy

We can’t help it, it’s automatic… Men get that kinda face that JD on Scrubs gets when he goes off into one of his daydreams.

At that point, we become enablers. Exactly like those people that like to give their fat partners food because they know they like it.
Men become bi-sexual enablers, hoping they can get their lady another woman to enjoy. But, really, it’s not about seeking extra pleasure for the woman. It’s ultimately about HIS pleasure, what he can take part in, what he can sit back and watch, what he can record and watch back at his own pleasure.
Sure, her pleasure is, like, one of the things he wants to get out of it but it’s not the most important. And that’s at the heart of every enabler.
A person who’s partner is on drugs takes some pleasure out of seeing their partner no longer fiend for what they desired.
A person who’s partner likes to eat takes joy in seeing their loved one eating a McDonalds EXTRA LARGE double cheeseburger meal with large drink and two apple pies.
A person who’s partner is bi-sexual LOVES LOVES LOVES seeing their sexy beautiful lady head first in between a pair of thighs.
All for their own enjoyment.

The bi lady’s fun is secondary to his needs, which is to watch the sensuality of two women locked in a passionate tussle of arms and legs. A clench so sexually inviting he’s watching and salivating, analysing and masturbating, enjoying while feeling exhilarated. Imagining himself in between the lips of both ladies, an insect on the moment when both breasts touch and the edge of a finger nail when it finds the opening of another woman.
So maybe I’ve thought about it once or thrice but still, I’m not the point of this blog post.
You enablers are.
You hungry, self-pleasuring, egotistical maniacs who’s only desire is to get off watching or playing with two women – JUST because the opportunity is there. Not whether or not they want to or whether or not it’s in their plans at the time to do such a thing… it’s all about you…

Well kudos to you sir… well done madam…
Because it’s not just men who are the enablers… there are some women out there who like to be enablers too…
For SOME reason, there’s a specifically Open Minded person who I know-ish who makes me think she might be an enabler if given the chance. (hehehe) 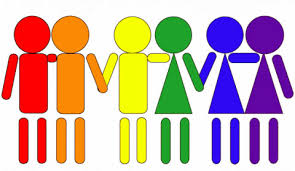 Bi-sexuals… or even bi-curiousessssesssss, watch out for these folk.. they’re out there looking for you to fulfill their own fantasies…

One response to “Are you a bi-enabler?”