All about the angle 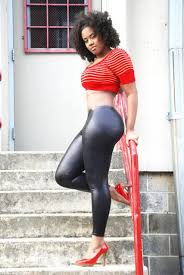 We all like sex don’t we?
The different ways, views, ideas, entries, tastes, positions, etc.

There are one or two or ten different things that we love to do that make us feel REAL damn good. For some, it’s that moment when he is getting that well slopped out, slurping and burping treatment with spit bubbles and puddles that slide down her breasts. For others, it’s that moment when she is bent over with his face in her groin and her hand around his head pulling him in deeper. For one person, it’s that slippy slidey sensation of being on top. For another person, it’s that ‘pound it deep’ moment when you feel the dick slip deeper than you thought it would go and your mouth opens like O.
This particular thang though, is something that when you feel it, you know it. ‘Cuz your moan is different, your body arches a NEXT kinda way and before you know it, you, miss lady, went and said, ‘FUCK ME DADDY!’ (And you’re one of those people who does not engage in that ‘Daddy dick’ talk.)
But you said it miss lady, he heard you… now he knows what it was that made you say that, he’s gonna be shooting for that same move over and over again.

It may not be for everyone and it is one of the small things in sex, yet it has and creates a major effect. (As do most things in sex.)
But it’s not a position, its not a style of sex, it’s not a particular style of oral sex, it’s not a sound he or she makes… all it is… is a ‘krick’ to the left or the right.
If you’re wondering what a ‘krick’ is, allow me to put my fingers in ya mind and play with 596 words…

If you’ve ever done this before then you know exactly what I mean and you also know why this position feels so righteous. It’s the slide in that is the gravy on the good dinner of this position.. or spice to a position.
The dick slips in, depending on which side you’re coming in from, and rubs nicely on her lips and leans more towards one side of her inner walls. And if you know your lady, you know that sometimes, some straight inner wall rubbing can make her grab at the sheets, accidentally scratch you in frustration or yelp like a puppy in shock.
To be honest, there’s no real magic to the krick. It’s not like the answer to the magical question, how do you make a woman squirt, but the results the krick produces could be the difference to her orgasm. She could have a nice gradual build up to a Jill Scott harmony or she could JUMP with a sudden Michael Jackson OOWWWW and be forced to slide you out so she can suffer in silence.

The reverse of this position, with a woman on her back, should create the same feeling. For some women, and obviously some guys, this position may feel quite awkward. And you
DO have to be careful that you don’t shorten the ‘slide in’ angle too far to the point where you could actually do yourself an injury. (Think of the type of pain a man would experience if he rolled over an erection in his sleep. Ouchie.)

The krick feels great when you have a VERY wet pussy at your beck and call so when you slide in from the angle, you get a nice sLOOOP sound Add a nice rhythm to it and that sLOOOP becomes an ever so dreamy, constant juicy SLLLLLOOOOOOOOP!

The krick isn’t for everyone. You can check to see if your partner finds their orgasm at the end of a rainbow with the krick with one simple test.
You may have done it before so you know it already.

It’s all about the angle you see…