Are you proud of your head game?

Ratlling along in 2013, I still hear stories of folk meeting people who don’t give head… for whatever reason.

Personally I cannot fathom that such people exist even though I’ve met them myself. Probably ghosts.
But, with all that said, you know what the saddest thing is about those people?
They never have the chance to be PROUD of their head game.
They’ll never get to experience the joy of… well, we’ll get into the joys in a mo.

Head givers in general, especially those who like doing what they do, are majorly proud of the feats they can pull off with their mouths. Some are damn proud!
Both male and female.
If you are one of those said male or females then you know what pride it is I speak of.
If you’re not sure, lemme give you a scenario…

Sirs… you have her laid back with her legs over your shoulders and her lips open, hood pulled back, button exposed and ready to be pressed like R1 and you do the thing that you damn well know will make her moan or
Arch her back or
Cover her face or
Tap out or
Call for Jesus or
Try and pull your head away or
SLAP you….

And while she’s doing all these things, your down between her thighs looking up at her and saying to yourself…
“That’s right! This is what I do!”

Swap it round…
Ladies, same scenario.

He’s laid back, relaxed, you’re crouched down, ready to attack.
And then you go in.
But you dont just go in do you?
Oh no no no no…
You pull out all the stops, all the tricks of your trade you’ve learnt and you get him with it. You know there’s no point going half mast with it.
And you watch him squirm…
And look at you with shocked eyes…
And feeling his toes curl…
And hearing him moan his ass off…
And saying that right kind of saucy shit that makes you step up your game.

And all these moments you watch him go through are all done with the power of your mouth.

Now come on ladies and gents, you gotta feel a bit of pride knowing you can bring your partner down from a shit talking, bravado swinging ego monster to a quivering, heavy breathing mess who can’t seem to make it to their feet.
If you are serious with your head then you should be going through flashback moments in your sexual career when you put such good oral deliciousness on someone and made them damn near freak the fuck out.

I mean, how can you not feel proud as a woman, to put your lips around his dick and maybe a minute later, he’s done?
Yeah yeah yeah, I know… Missy featuring Ludacris and Trina… one minute man I know.
Obviously the onus is put on the man to have better stamina. And maybe he should.
Or maybe he’s had to deal with an unbelievably high grade of head that requires mental fortitude and spiritual enlightenment to survive.
When a woman has good head and knows how to use it, the man could build an Ironman suit around his dick and still come quick.
And if you my dear are like that with your head game, stand yo ass up and clap. (Cheeks or hands… up to you.)

Those out there who don’t give head or do it just to placate their partner have no idea what I’m talking about.
But the rest of you know.

Because you have that pride, don’t you?

You know that a twist of the hand there, a flick here and a quick rub there can make them react in the way you want them to.
Because you got it like that.

Now you don’t necessarily perform an X-Factor audition from the rooftops to all and sundry about the things you can do.
You save them for when someone is about to experience.

And when they do experience and they’re laying there in a heaving breathing heap and you stand over them like a victorious warrior, this is what you do.

You get real close to their face…
Inches away even…
Then take a few moments to watch them shiver and continue to feel the work your mouth just completed.
Then you copy the scene from R. Kelly’s Down Low video with Mr Biggs and you say… 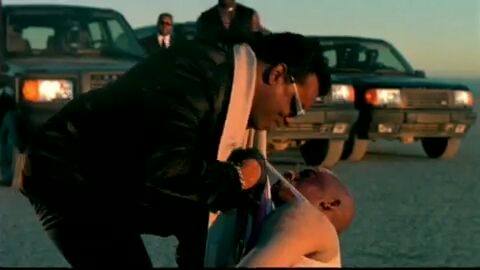