Such a simple sentence 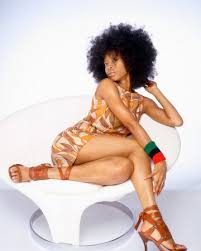 There is something about it.

The idea of it plays with your mind and to see it is like when you watched Seven and found out that it was his wife’s head in the box,

Basically, it leaves your mouth open.

There is no way a woman can say this to you and you don’t think to yourself, “DON’T LIE!”

It is a powerful sentence that, once said, can completely change the complexion of an evening, or even a single moment in time.

You could be doing one thing, hear this sentence, and completely forget what you were doing.

Women have mouthed these words from a distance and fucked up a dude’s train of thought.

Your good good friend from way back, the friend who you’ve never looked at in that way can say this to you and turn a friendship into some next shit.

All because she said those words to you.

Sometimes they can make you react quite wildly, and possibly rip something in return. But it’s not your fault, it’s hers.

She couldn’t keep her mouth shut could she?

You could’ve gone quite well without knowing and now it’s all you can think about.

But she knew that.

Why oh why did she have to tell you she wasn’t wearing any underwear?

You could’ve been in the middle of a sentence and she said that to you and now you can’t remember WHAT the hell you were saying.

Or worse, she could’ve showed you!

Oh God, don’t let her do that!

Women, at times, wear clothes that fortunately look or feel better without underwear. VPL is the enemy of women and to avoid such a bastard on their swag, women will go without any underwear on.

Usually with dresses, skirts, etc. but also with trousers, jeans (ahhh, I do love a good camel) and tracksuit bottoms (with the loose elastic so you could slip a hand right down there and… WOOOOSAAAAH)

But she’ll wait until she is wearing something that will allow you to possibly find out whether or not she is telling the truth.

Fuck it, if you’ve ever looked at a woman and thought, ‘yessur I would’ then you know what I’m talking about.

So crafty a sentence, it is also a statement of intent.

Don’t think she told you that because she just felt like ‘sharing’.

There is never a time a woman will tell you that she isn’t wearing any panties in order to make her more aerodynamic on the dancefloor.

Or she is panty-less in order to let her brand new tramp stamp tattoo heel.

If a woman tells you she’s got nothing on underneath her outfit, you best to know you have carte blanche to find out.

What such a sentence does is that it makes you feel like you HAVE to know whether or not it is true.

And the finding out is the next part of the fun.

You may go straight for a cheek massage to find out quick and easy, you may go a little further up to check for a thong but you like to know then and there.

A more fun way is to take it slow with it.

Let her know with your touch that you are going to find out… you’re just gonna be slow with it.

That hand is gonna have to wander to warmer climates.

All this should transpire in about a minute but the thoughts that that 60 seconds feeds is enough to keep you going until you are able to REALLY do something about it.

The mind fuck of it all is what makes it so sweet. Because she already knows whether or not she is lying but you don’t.

And she enjoys watching you find out.

And he enjoys trying to find out.

If you’ve proclaimed yourself panty-less, your hoping he’ll get close enough to find out anyway so it’s all moo (see: Joey from Friends)

The sweet simplicity of such a sinfully saccharine sentence is what it does to the mind.

I say inappropriately because the true freaky people out there know about the sexual pleasure that can be found in being able to tease someone in an environment where they are not able to do anything about it.

Strolling the aisles of Tescos on a Friday night, doing the weekly shop isn’t the place to whisper that you are not wearing any underwear as you bend over to pick up a bag of Basmati rice… but what you’ve done is made him watch your thighs, trying to find out if you are or not. But it may not necessarily be appropriate to be groping each other in Tescos on a Friday night with families and shit all over the place.

But she knew what she was doing when she that.

She wanted to fuck with you.

Or, and this one is a REAL mind fuck, she tells you over the phone.

Since teleporatation hasn’t be scientifically proven to be fincially viable on the NHS, them words over the phone are just unnecessary.

A general description of something your wearing over the phone sucks because you can’t do anything to see it… unless it becomes picture, or better yet, video call time.

I mean, think about the last time you heard a woman say to you, I’m not wearing any underwear.

Women may hear that all the time. To them, they can be going raving and be ready to walk out of the house and look in the mirror and see a VPL… then just slide the panties off, step out of them and put them in the purse like it’s nothing.

To a man, that’s a sexy ass thing to be in the presence of.

It’s not that we don’t know what you look like naked, but it’s the idea that your nakedness is covered to the world, but the private part of you is just… out…

Wanna make a man crazy without doing much?

Tell him you’re not wearing any underwear.

In fact try it out…

Pick someone in your phone and just text, tweet or message them and say ‘I’m not wearing any underwear…’ and you pretty much know the response your going to get.

As I said, it is such a crafty sentence because, between women, it is said in the tone of, ‘they were bothering me so I decided not to wear any.’

So off-hand, so meh…

What men hear is, ‘so my booty is right here and my pussy lips are sliding together all exposed… all you have to do is have a look.’

That it is a secret that only you and her share.

You could be in a house party, just chilling, drinking, music is playing, joke is flowing, it’s all good.

You get up to get a drink, bend down to ask her what she’s wants to drink, thinking ‘yeah she’s looks good tonight’ then she pulls you close and tells you her drink order. You get YOUR drink first then she walks up to you, takes your drink then says, ‘I’m not wearing any panties tonight’.

Where are your eyes?

Where did you look as she walked away?

Exactly, you watched that walk with heavy concentration like it was CCTV footage.

What can you see?

What can’t you see?

Is she really not wearing any panties?

To really kick you while your down, she sits back down and folds her leg with the dirtiest smile before taking a long sip of your drink.

That woman is inciting you to do some shit!

Such a crafty sentence. Panty-less simplicity even.

Remember when Samuel Jackson ate the boy’s burger in Pulp Fiction, looking at him like, you can’t do shit and you know it.

That’s what that move was.

You don’t realise that she had you as soon as she whispered in your ear.

It was a like a slap in the face ‘cuz now, all that is on your mind is… *with a head tilt*