Ode to a fat pussy

This blog was inspired by @Anne_Arts

If you find one, keep it, cherish it… put it in a glass case that says “BREAK IN CASE OF EMERGENCY”. 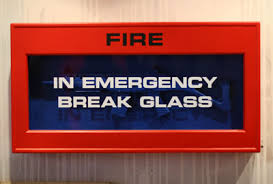 Lock it up, tie it down to something, make sure there’s mouse traps around it so it can’t go anywhere.

Get on some Indiana Jones adventure to find it and put it in a museum, wipe it up, lick it down and kiss the ting… make it a big lipped kiss.

Dunno bout you, or you, or him, but GOOD GAWD, if it ain’t fat, it’s gots to go… (really though, a dude who is close enough to the pussy to find out if its fat or skinny wouldn’t necessarily send it home).
But if you’ve ever met a fat pussy in your life; a real chunky, thick, full lipped, curving over the sides, printed in any jeans, leggings, trousers or skirt or dress kinda thing, then you know the allure.

As a man, and well-known pervert and people watcher, over time, I’ve seen my fair share of chunky monkeys (both in public and between the sheets) and I mean…. damn, even to see them covered by clothes is just a mouth-watering experience.
I mean, watch a fat pussy woman walking in a pair of leggings that snuck a little too high… high enough that they print pon the ting… WOOOI YOOOOOIIII…

It’s not just the sight of a buff ting that men, and women, enjoy. It’s the touch, the feel, the lines and shape of it…
Ya ever seen a pussy so fat or thick that you just wanna grab it and just feel the meat of it under your fingers?
No… just me? Ok… moving on… swiftly…

It’s not like a fat pussy is different from a slim one… All the twists and turns are the same, the dead end roads are the same but the COMFORT of the ride is where the difference kicks in.

Fuck a fat pussy… see what the drive is like.
Get yaself into it and see how smooth the gears are.
Check out the brakes and really take it out on the road.

For head givers, fat pussy is the BESTTTTTTTTAAAAH!
It’s probably what kissing Lethal Lipps is like.
If you’re one of those folk who like to kiss their way down a woman’s body, then you’ll find a gift at the end of a fat pussy.
Even before you get to the clit, you get to kiss the fatness. And us head lovers LOVE that!
By the time you get to the pussy, and you get to open the lips, hold them back and, as you hold ’em, a whole piece of meat creeps over ya fingers… then you got a fat pussy in ya grip.
You see those moments when you have ya tongue in a fat pussy and the lips crush over ya face like a straw in an earthquake? YUMMY… 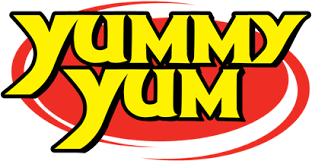 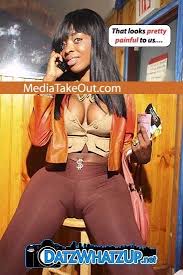 A fat pussy is best when it’s seen AND fucked…
Case in point:

Let’s start at the beginning… if you have a woman laying on her back, happy as Larry, with her legs in the air, not only do you get the pleasure of watching a pair of fat lips spread apart, you also get to watch them come back together. And ain’t NOTHING sweeter than seeing that shit… brothers (and my bi-sexual sistas) can I get an AMEN?

An addition to that position is when you put her legs on your shoulders and have the pleasure of looking down at her thighs squeezing two lips, look like Lethal Lipps (and if you’ve seen her lips, you know she got some big ass lips).

Same goes for when you turn her on her side, have her thighs on top of one another, have a peek round… fat pussy says hi.

And that’s just a few… there’s tons of positions and random moments when you’re NOT having sex that a fat pussy is a joy to be around.
Like when she’s asleep, and the covers just HAPPEN to fall off her sleeping frame. She’s on her back, oblivious to the world, but her panties have bunched up nice and snuggly around her and, for a head giving, clit licking maestro, he will feel hungry in a heartbeat.

Or the moment when she’s walking in some boy shorts and it’s like you can SEE through them, it’s such a print.

Really, as the saying goes, pussy is pussy…
Dunno who came up with that actually… it’s pretty self-explanatory.
Some people like their vaginas thick, round and with beats by the pound and some people like ’em slim, trim and straight from the gym.
And the rides differ from woman to woman.

But for those chunky lovers, you know what you like and why you like it.
Maybe it’s the idea that the fatter the pussy, the better the ride. And that’s not necessarily true.
Guess you have to find a good one and make those Lethal Lipps talk.

*** Just on a side note, I’m not saying Lethal Lipps has a mouth like a vagina, but just saying that my girl has some big ass lips.