It’s the kind of thing you see in the movies…

We’ve been watching them since Casablanca, Grease, Saturday Night Fever and all them old time films where people are one minute standing across from each other then the next there are clothes on the floor, sounds of passion and quick snap shots of orgasms.
Then before you know it, there’s a cut scene and two people are laying next to each other happy and probably smoking.

I’m talking about the art of being taken.

Not just something women like as men like to be taken too.
Do you even know what I mean by the art of being taken?

For different people it means different things but in this respect, I’m talking about the art of just coming up to the one you love (or the one you’re currently fucking) and just… ‘taking’ them.
There are many ways to ‘take’ someone but in today’s age of sex being just about the intercourse and nothing else, it’s like the art of taking is dying out.
Of course it’s still alive in us creative lovers who know what we’re doing and how we’re doing it at all times but there are a lot of men AND women who don’t know how to take their partner.
They don’t know how to just walk up to them and just… do something that says “you know what time it is assume the position”.
There are good ways to do it and bad ways to do it.

Taking your partner in a good way will have your partner looking at you like “what the FUCK was that” as they remove their OWN clothes because they know what time it is. 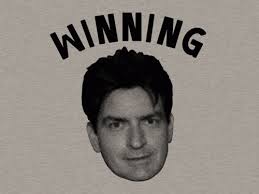 A bad way to take your partner will have them pushing you off them and looking at you like “what the HELL do you think you’re doing” and then no-one is getting anything but pissed off looks and stuttering explanations.

A good way to take your partner will have them melting in your arms, holding their breath because you’ve taken them by surprise, exhaling heavily, tingling all over and engaging in what I like to call the hungry kiss.
You ever had a hungry kiss?
Ya know… that kiss when it sounds like two starving people chewing on one piece of meat… and no one is willing to give the meat up.
Yeah… THAT kiss.

I mean, really, think about it, when was the last time you were taken? You may have been taken and you didn’t even realise it.

Back in the days of films like Casablanca, all it would take would be for them Humphrey Bogart dudes to walk up to a woman, slide a hand around her waist and kiss her in a way that said everything without saying it.
And, really, you can’t knock the old school ways of doing things because there is something sexy about taking a woman in that way.

For example…
Let’s say Rupert is on his way to see Ingrid. He gets to the door and knocks… TAP TAP TAP…
He stands there a waiting and a waiting…
She opens the door… he sees her, she sees him… no words are said.
Next thing you know, Rupert shortens the space between them in one step, slides on hand on the small of her back and kisses her before any words are spoken. Before she can breathe, before she can even think about what she wants to say to him, before she can truly take a full look at him.
Their lips are together, all the anticipation of the moment is brought together in a kiss and it sounds like throwing a piece of chicken in the middle of a hood concert and watching people fight over it.
You know that sound when Homer is eating?
When you take someone the right way, that’s what the kiss should sound like.

To take someone is not just about taking your partner by surprise… it’s about knowing what they like, knowing how to make them feel right and having the confidence to deliver it how it needs to be delivered.

Some people out there like to be held romantically…

Some like to be wrestled and ‘contained’ before they are taken…

Some like to be set in a mood before being taken…

Some like some slick shit to be said before being taken…

It’s a ‘to each their own’ kinda thing but if you’ve ever taken someone before and had yourself taken then you know what I’m talking about.

To take someone, you have to have a lil’ bit of knowledge about them to know how they wanna be taken.
No point trying to take someone with some rough behaviour up against a wall when, in the last few years, they have had a situation with someone trying to FORCE themselves on them on some real negative shit….
That would create a cold situation real quickly… so do your research on your taking subject.

Like I say in most of my blogs, if you do it right the response from your partner should be positive, sure and you should be saying to yourself, “damn, that Mr Oh knows what he’s talking about”.

Do it wrong and you’ll probably be saying, “that Mr Oh chats a lot of shit”.

But for the people out there who KNOW what it means to be taken, or enjoy taking their partners, you know what I’m talking about and the benefits that come with such a simple pleasure.