You may be humping and thumping, the bed might be bumping and the boots maybe knocking but, what is your technique saying?
Is there regular, consistent flow?
Are you keeping it interesting and ice dripping, making your partner not know what the hell is going on, even though your eyes are open?
Are you really riding it like you stole it?

Knocking around your libido, making you want more than you can get, there’s foul language (‘Oh you’re trying to OWN this pussy ain’t ya?’), possible nail digging, frantic grabbing, real hard grinding with teeth clattering kisses and face cupping stares.
This is the part of the sex when you momentarily hear whatever slow jam is playing in the background and sing it in your head because the lyrics are linking perfectly with what your feeling.
A preferred favourite is Jill Scott’s Crown Royal.
I know I mention Jill a lot but, DAMN, if that woman isn’t talented. Even her speaking voice is audio sex.
Anyone who has Crown Royal on their sextape or phone sex playlist knows the lyrics, but add YOU on a bed, laying down or laying ON someone. You’ve tasted pre-foreplay, licked foreplay and your three positions in.
Possibly two orgasms gone.
You’ve now reached the point where you need to be treated like you stole something. And this is your punishment.

You don’t need to be asked, you need to be TOLD and SHOWN!
It’s at this point you need someone to take control of you and decide for you how it will be done. Because at that point, you trust that they know.
All the while Jill is singing…

Your hot, your sweaty, you don’t give a tiny rat’s ass. The person working the supreme bedchamber equestrian form on you is taking you to a realm of pleasure you are rarely able to put words on.
It’s like you can taste the sex in the back of your throat… or maybe you just paused to taste your work (YOU know what I mean).

This is the breakdown of the breakdown.
You want to be touched all over at the same time. You wanted to be licked and sucked, kissed and blessed, you want to grind… nice and rotating hips style.
When you share a kiss, the conversation taking place between your groins is so loud, you can’t hear ya lips smacking.
A lady on her back with a leg up, hooked with her foot and toes flexing in the ether should be telling you to do something right about now.
Should be something along the lines of ‘FUCK ME’.

“I flip ish…” – flip her over in one slick magic movement, always best if you can do so without slipping out. Keep whatever rhythm you had going and don’t let her get a breath in between.

“Quick Slip…” – if you DID slip out by accident, get it in before anyone notices. To be honest, the sensation of slipping out and slipping back in, NOW, goes down REAL well. Simply because you get to reenter along a corridor which already has a buzz like a building lobby.

“Hip Dip…” – trusted… and always impressive, gets ya low and then high as it’s ground in…

“ And I’m twisted, and your hands, and your lips and your tongue tricks…” – you should be definitely, seriously touching something. Holding onto anything. Twiddling this thing. Nibbling that thang… Your intention is purely to massage and marinate the GREAT feeling that she or he is experiencing.
Interlock fingers, stroke a neck, fuck that, lick a neck, suck a lip… oOoOoOoOoOo… definitely suck a lip. That is something real tasty during this point in the good feeling. Build a good feeling while sucking a lip and the orgasm will hit on some next shit…

“And you’re so thick and you’re so big and you’re so… Crown Royal On ice…” – whoever she be should be greasing the pipe with sugar water right about now.
Her eyes should be closed, gripped tight, wide, crossed or rolled right back on some Exorcist shit. Her chest should be heaving like she’s losing a race with her breath. Her hair should be all over the place in some crazy sex style and if she has make up on then she may look like a poor man’s Joker.

But that’s how she wanted it.
The way you worked, made little circles with your hips, were hard and soft, paid attention to what she moaned at and was silent for, etc.
And there was nothing PREMATURE either, which always goes down well when it comes to true blue equestrian headboard demolishing.

It wasn’t about trying to be a jackhammer and pound through the headboard. It wasn’t about putting the dick in fourth gear and coasting for the rest of the journey. It wasn’t even about being the bad cop and hair pulling, bad language and all the other hard stuff.
It was just right.
The way both your hips moved was like the harmony on Jill’s second verse of Crown Royal (for you real music freaks, it’s about 1:14 in).
The way you were giving or receiving was just the perfect form and standardly gets top marks all across the board.
The best way to ride it like you stole it is to let go of the restraints of the vehicle and make it work the best way you know how. There’s no way other way to do it, just to do it.

You could NOT do it, but then that would mean suffering some substandard orgasm that I guess will do, but it’s not scratching the surface of what you are capable of.

More importantly, it’s not making you feel the way you wanted to.

And for your orgasm?

I think its worth riding it out… 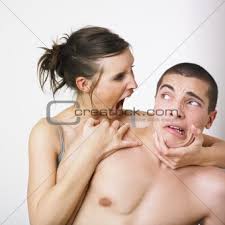 They don’t get as much credit for the amount of WINNING (Charlie Sheen swag) they actually achieve in their lives but they are winning.

There’s no trophy for em, there’s no awards show, no recognition at all… just the knowledge of knowing that they did what they did… or that you had something done to you by a shy one.

What I’m referring to is the fact that shy guys win here, they win there, now what?

Why are shy guys winners?

Good looking, attractive, kinda quiet, not so much of an extrovert…

Why do some women want this kind of man?

Because shy guys are the equivalent of a blank canvas to a painter, a drum track with no beat or harmony, a church girl who says she’s never given head and ACTALLY hasn’t, a house that is yet to be painted.

A shy guy is a blank piece of paper for an experienced woman to get her hands on and generally fuck up if, and how, she wants to.

When I say fuck up, I don’t mean she’s wants to start giving him some Ike Turner life lessons. I mean, she wants to fuck him up. Sexually fuck him up.

Throw him down and play ‘tiger caught the prey’.

Grab his head and make him EAT THAT SHIT!

Don’t tell him what to do, MAKE him do it!

A blank canvas is the perfect thing to fuck up anyway you want. The canvas is blank so it doesn’t know any better… or worse.

If your a woman and you recently met a shy guy who seems rather introverted and not into a lot of things, he may be prime for a fucking up.

I’m using the term ‘fuck up’ in terms of laying ’em down and REALLY giving them the dictionary definition of a good seeing to.

This is what the shy guy gets to look forward to.

This is when a man gets to see a woman in her full, not giving a fuck, I’m going in and I’m bringing out a corpse, feel like life is sucking out of you, I can’t walk, I need to sleep orgasm mode.

When it comes to shy guys, you can either find a real shy guy or a normal guy playing a shy guy. Either way, a woman is looking to school, educate, THEN fuck him up.

A real shy guy, who doesn’t REALLY know anything about anything, will come to the table with shy requests, a shy voice and a shy disposition and be quite innocent and pure (to a point where you can TELL they are not experienced) and simply be like a lamb to the slaughter between your sheets.

A normal shy guy, who maybe role playing or isn’t REALLY a shy guy, could still make things interesting. They could still allow you to take out all your stress and emotions on them while you make them your submissive pussy eater. They MAY turn it around on you once in a while and give you something you wouldn’t expect from a shy guy but you expected that.

Both are useful, both types of men can give you an orgasm (depending how stressed you are and how HARD you wanna work it out).

But the B-side of the shy guy is that he may not be ready for such things that you are about to pull out on him, thus, not be able to HANDLE what you wanna do.

Ya shy guy may not be very experienced, in fact, he may not be experienced at all in the art of certain things but that just means you have to school him.

And when school is in session, you have carte blanche to do ANYTHANG and do it in the vein of ‘Oh, I’m just teaching you’.

The teacher might be a bit heavy handed and she may want to suffocate you during the lesson, but once you learned, you’ll be expected to showing what you’ve learned.

If you are REALLY shy, don’t take too long to learn though.

Nothing worse than a pissed off woman who has a shy guy at her disposal and isn’t getting to take advantage the way she wants to because she has a real deal, awkward positioned, thinks the labia is the clitoris shy guy who needs a map to find your vagina.

Shy guys don’t always finish last.
It’s not the open-minded, freaky deaky, do it up the rear seat folk who are getting all the loving.

I bet there is some shy guy somewhere in the world getting ridden by an angry woman like a wild stallion right now.

He is letting her curse him out. (He knows she doesn’t really mean it)

He is letting her grab his face and mark up his skin . (Bruises heel.)

He wants her to scratch him. (It feels good.)

He’s a shy guy… he wants all those things, he just doesn’t know how to ask…
So go out there and get him…
And fuck him up!
As your coming, say Mr Oh taught you…