Strong grip around ya neck 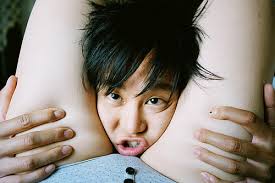 You could be young, old, black, white, funny, ugly, mash up, funky faced, fine as all outdoors, as nasty as Marmite or you could just have a weird body shape.

But the desire to be strangled, choked or refused air while receiving some buttery goodness is a feeling shared by quite a few.

Some aren’t even willing to admit they like to be choked or strangled a little bit. But they do!

Maybe not to the extend where their eyes start popping out of their head and they start changing colour but, you know, a little bit of a strong grip. A little stronger than you EXPECT to allow.

But it’s that danger aspect of it that makes you growl and grind that little bit harder or moan a little bit sweeter when you feel a hand around your throat, holding on for dear life.

People don’t really want to think of themselves as liking strangulation, it’s too close to S&M and if you know about that kinda ting (if you don’t holla at @pashunnate or check out her blog) you know the extent to which they will choke each other out. Sometimes to the point of unconsciousness.

For a man, she may be on top, riding you HARD like she has an eraser in her pussy and you are just a pencil drawing waiting to be erased.

Her hands dig into your stomach, then raise up to your chest. Then, before you know it, her hands are around your neck and she is making a face at you like, ‘I could kill you if I wanted to’.

The thing is, the chokee is enjoying themselves so much, they might want you to squeeze a bit harder.

But SOMETIMES, they want you to just keep on squeezing.

(DO NOT get it twisted and try and give your girl a choke then squeeze too hard and blame my ass. Nuh uuhhh, no way boo boo…)

The sensation of being choked is supposed to heighten the pleasure you feel as you are deprived oxygen, especially if you are having an orgasm but your not really thinking that when your telling him to fuck you harder and you erupt in an orgasm but you sound like Stephen Hawking.

But please remember one important fact when it comes to getting all strong in the grip: choking isn’t for everyone. You could reach out and choke the wrong woman and she could jump up, dress up and have the police round, talking about pressing charges.

Or you could try and choke a guy, who takes that as a marker for the level of roughness you wanna get down with and proceed to try and LITERALLY ram you through the headboard.

And no pussy needs that.

Even though a lil choke during sex IS more common, you still have to be able to GAUGE whether or not the person in front of you doesn’t mind going there. For some people, it’s still a taboo thing to do and deemed too dangerous.

You can’t just be banging and choking everyone.

It’s interesting to think about the soft and hard ways to choke someone, but, there ARE ways to do something as raw as grab a neck in a caressing way.

But there’s also ways to put two hands around her neck and make her KNOW it’s going down.

With a woman on top, working into her own groove (that you should be observing and returning FYI), wait until she is at the stage where her hips are spinning. Or she’s hands in your chest and bouncing.

You SHOULD already have nipples in your hands anyway so that should make it easier for you to slowly travel up to her neck. Don’t squeeze straight away… just run your hands over her neck, her face, through her hair… make her FEEL!

The sensation of your touch should improve or speed her up. That’s when you slowly slide to her neck and give it a slow, gradual squeeze. She may get busier on ya, she may move ya hands or she may touch ya hands in a way that says ‘squeeze’ harder.

Eitherway, softly slowly wins the race and heightens the feeling of being touched and restricted.

Any woman who has slept with her fair share of roughnecks, hood fellows or weed dealers knows how it goes down when he wants to take a MAN-SIZED grip of your neck.

Some of you caramel women may have found finger marks around ya necks the next morning, which usually leads to creative dress time the next morning in the mirror with a scarf, talking about ‘oh this old thing? I found it in my wardrobe and just put it on’.

Men LOVE to be able to be fucked back.

That moment when they don’t have to move.

Your booty should have reverse lights and a beep sound that warns me you’re about to back it up.

You’re doing all the work.

He’s just a hard dick there for you.

And he’s there alright.

You find that you can’t seem to back it up any further… but you want it that little bit DEEPER.

Your ass is slapping against him.

He may already have his hands in your hair (if your hair is: A) real B) good strong weave)

You are looking at the ceiling.

Then the hand/s creep or sometimes just grab out for your neck.

The sensation of watching a woman fucking you back while your just hard and there with your hands wrapped around her neck while she moans louder and louder is like the breakdown in Michael Jackson’s Lady In My Life.

With some rough choking, you may also get the arm bar choke hold.

It’s like a classic choke hold with the bicep and forearm.

He’ll usually use it to hold you in place while he digs deep inna ya belly.

But he likes the idea of putting you in a Deebo-style choke hold while MAKING you take the dick.

It’s the BOMB DIGGY when she puts her head back, looks up and makes some sort of animal noise that makes him hold you that little bit tighter.

Where and HOW you wanted it.

Like I said before, choking is not EVERYONE’S cup of Disaranno. For some it’s a sensitive subject, for others, they don’t have sex without it.

But if you know the person, or have enough of an idea about the person, that you think you can try it, do.

DISCLAIMER: I AM IN NO WAY, SHAPE OR FORM ENDORSING PEOPLE TO WALK AROUND JUST CHOKING PEOPLE, CLAIMING THEIR DOING IT FOR SEXUAL GRATIFICATION. THIS IS FOR GROWN, MATURE FOLKS WHO KNOW WHAT I MEAN AND AREN’T STUPID ENOUGH TO CHOKE SOMEONE TO WITHIN AN INCH OF THEIR LIFE THEN SAY ‘MR OH SAID I SHOULD DO IT.’ NOT ME BOO BOO, NO WAY, NUH UHHHHH…….