I love that spot 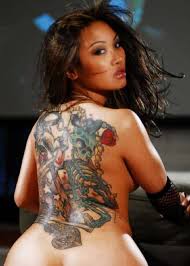 Because I do.
I just love to sometimes kneel down and look at it face-to-skin. Sometimes I like to run my tongue over it and enjoy the curve I know is coming. Marvel at it with my eyes open, feel it with my eyes closed. Maybe go in with my hands as well. Who knows. The possibilities are endless.
And that’s why I love this piece of human real estate.
You can find this beautiful piece of land behind every woman who has herself with a nicely shapely behind(or if she doesn’t have an ass, it’s not as sexy).
And she has a nice little spot that curves from her back to her ass.
You know the one.
That spot you rest your hand so you’re not touching her ass, but you can get a nice gauge on its size just from that spot.
I can’t explain how that’s possible but men who have a lady in their life who has quite a caboose attached to her rear knows about that spot.
Maybe your not recognising it because I’m talking about it in a sexy, romantic slide your hand onto it while you kiss sort of way. If I called it ‘that diamond spot that forms on her back when your hitting it doggystyle and holding her cheeks at the same time’ spot, maybe that would make more sense.

It’s nothing but skin. Really.
It’s not like it comes with toys on the front like nipples or a treasure trove of mystery like the lady garden.
It’s just… skin.
But there is just something so damn sexy about it.
Usually a spot where you’ll find something tattooed, this spot is a BEAUTIFUL tool in the art of seduction.
OH, don’t think I’m playing…
If you think I’m playing then you have a LOT to learn.
If done correctly, a smooth hand on the small of a woman’s back can create a hold ya breath moment for her and, if your kissing her just right, you’ve got yourself a beautiful thang.
Simple things like running your hand up and down a woman’s back can heighten a moment when she wants to feel like she’s being taken care of by a MAN… strong hands and all.
Obviously, you don’t grab the woman up like your trying to pull her spine out but strong hands up and down her back, up into her neck, maybe into her hair, you pull it a little bit, she sighs, her neck is exposed… take it… like it’s calling… let your other hand wander down her back…
Down. To. That. Spot!

And pull her close.
I don’t know about you and I can’t explain why I like it but… it’s just a dandy place to touch.
Intimate… in a way…

Definately intimate when she is bent over and her ass is in the air and he has his hands above your bouncing behind, holding onto that spot for dear life. (If you’re playing the pull-out game, it’s also a nice spot to shoot on, but you already know that… that’s IF she can’t drop down, flip around and open wide.)
If she has her back to you, it’s at the bottom of the curve of her back… just in case.
Really, it doesn’t matter which end you get to put your hands or tongue on this spot, but if it’s been something you’ve just glossed over in the past, take note.
Play with it. You don’t have to admit you read it and used it.
That’s fine. Go ‘head!
Trust me, it’s one of those little things that you combine with a nice touch, a gentle kiss and the sweetest eye connection.
How about I give you an example…

In he walks. There she is.
Standing there.
She looks at him. Her eyes reading him, hoping he’ll do what she is thinking in her head.
Just take her.
Whisk her off her feet. Make her feel like there is nothing else in the world but them in the moment.
He is staring at her. Naked.
Admiring her beauty.
Slowly, he moves towards her, watching her anticipate his next move.
Their eyes locked, speaking.
Having and enjoying the moment in their minds before they’ve even touched.
He licks his lips. She feels her nipples harden.
She licks her lips. He watches them glisten the closer he gets.
His lips are inches from hers.
They can feel the warmth of their bodies radiating against each other.
Her hands reach either side of his head and lock around his neck.
His hands slide onto her cheeks, looking into her eyes.
They both close their eyes.
The anticipation of their lips meeting is electric.
Delicious.
She sucks in a deep breath, taking in the essence of him as he sucks her bottom lip.
His left hand slides onto her neck, across her hairline while his other hand travels down her shoulders.
He let’s his fingers loose down her spine…
Slowly slipping down… into that spot.
Just above her ass.
A nice, strong place to pull her closer in.

There’s no frills and spills to this spot. It’s just skin.
But it’s more than that.
It’s like the feeling of an intention.
I COULD touch your ass, which is lovely and splendid and grabalicious, but I don’t want to.
I wanna touch… JUST above it.
I like that spot.
I REALLY do.