I have no freaking idea!

I can’t explain it.
Understand it.
Get my head around it.
Or figure out what the hell it is that gets me so damn turned on.
There are LESSONS on it.
You can watch someone being caught by it.
Shit like that has caused car accidents.
Made two people come to blows over it.
It could change a life.
You do it with a quick corner of your eye without turning ya head.
Make a bad day start to look up.
Cross your line of vision and make you forget what you were going to say.

Men do it.
Women do it more, not always for the same reasons.
It can start some shit.
Inspire some shit.
Make a man have to call his partner and let her know that it’s on when he gets home.
On a good day, it can make you want to give someone a hard, open handed palm slap with no remorse.
Other days, it just makes you smile.
And no two days of seeing it are the same.
That’s why it rules.

And with the sun coming out just that little bit more, I’ll take another shot at trying to get to the ‘bottom’ of this issue.

So, it’s a normal day. You wake up feeling normal. Shit, shower, dressed and out to whatever job or vice you do. You’re safely waiting for the traffic to stop so you can cross the road when out of nowhere, a woman with the FATTEST ass walks past your line of sight.

You see it. You can’t DENY you see it because you’ve probably stopped in the middle of the road, that’s the caliber with which this ass takes you by surprise.
The kind of ass you look at and think, “good GOD, is that REAL?”

The only thing to wake you from the dream of staring, and fantasy fucking, this ass is the BEEP BEEP of the car your standing in front of.
You may have lived this kind of episode outside of the car or you’ve been inside the car when you see the ass… either way you see the ass and your mouth just drops.

And all this because of seeing THAT ass.

Maybe it’s just me and my eyes but it seems like asses out there these days are getting slightly out of control.
How in the hell can women, in all their shapes and sizes and rotations, still be coming out HARDER in the ass department? Naturally, no sillicone, no butt pads, I’m talking good, clean, wholesome caboose?
I mean bigger, larger, sturdier, shapelier, rounder with more circumference?
And it’s not just ladies of colour that are bringing the shape to the shindig as history has shown us.

For as long as I can remember, I’ve been an ass man.
Maybe it’s ‘cuz I’m from a Nigerian background and I grew up with asses everywhere… who knows…

But I do love an ass… In all it’s shapes and sizes.
I do like to watch the damn thing move.
Even standing still, it’s a great thing to watch. When a woman rests her weight on one leg and makes the caboose just POP. 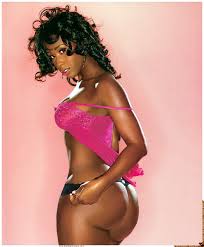 But, nothing and I mean nothing, is the same as walking down the road on a summer day and seeing a pair of thighs coming towards you. (Not literally just a pair of thighs, obviously their attached to someone.)
Already you’ve decided whether or not the woman walking towards you has an ass that you should look at. Then you look…
And it’s better than you thought it would be.
Makes you thank God you turned around.
Sometimes you take a look and you find that the thighs lied from the front but that’s okay… a good pair of thighs shouldn’t go to waste either.

Now there will be that portion of the population who feel that its disrespectful to stare at a woman’s ass in that way and it makes said woman feel objectified. 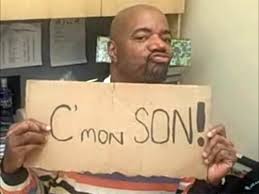 I CAN see how a woman can feel that way. But those folk are forgetting about the positive effects a nice ass can have on a community.
Yeah, I said it, community.
A good ass can bring people together and make strangers become friends.
Case in point, two men walking towards each other on a high road.
Between them is a bus stop.
As they get closer to each other, a bus approaches and stops.
A woman gets off the bus and has the type of shape that makes a mouth drop open.
One man already has her ass in his sights but the man approaching has to wait until she passes before he gets to see.
She passes, his head turns, then he turns back.
The two men make eye contact.
A moment of understanding that THAT was an ass.
They smile.
Passing comment maybe.
All because an ass brought them together.
Best example of this can be seen at the Notting Hill Carnival.
Trust me, ass brings people together there.

The thing about ass watching today is that there are more women that do it than… okay, I can’t say more than men but a lot of them do it.
They’re a lot slicker at it and it’s not as much about judging the woman on what she’s wearing. Women appreciate another woman’s shape and can look at each other and say, ‘she’s sexy’. A heavy mix of arousal and appreciation… but most times, it’s ass watching.
For a man, watching a woman watching another woman is obviously the shit ‘cuz he instantly thinks THREESOME…
He may not even know the women but he thinks it.
Some women too.

The art of watching a good ass should be an Olympic sport and should recognised by FIFA and given goal-line technology.
Ask any man or woman the best way to watch a woman and they’ll give you a step-by-step play of how to get maximum view time.
Some of the advice will be straight to the point and some will be quite sneaky and damn near 007 about it.
There’s the classic ‘wait till she passes’, ‘check her reflection in a shop front window’, ‘look at her from the front and then the back’ and the ‘pre-turn’, which is used by those men who are walking with someone who they don’t want to see them look.
Quite clever and very simple. But, one that women have figured out.
(If they haven’t, they have now.)

The ‘pre turn’ is when he turns his head and looks behind him BEFORE the woman passes so that when she does pass, he’s already looking. He won’t need to look for long because the SHE he’s walking with might start to realise.
(If you feel I’m giving away game, then you need to step yours up…)

There’s the negative side of ass watching where some neanderthals feel the urge to say something totally offensive or even attempt to feel the amazing shape before them. And those folk should be circumcised with the Olympic torch.
Always some mofos that like to ruin it for the people who play the sport by the unwritten rules.

But for those who play the game without letting anyone know, for those who are able to spot a good shape at 500 yards, for those who have stories about asses they’ve seen that you could describe but you “just had to be there”, this one ‘s for you.
And with the resurgence of women enjoying wearing leggings every damn day and every damn where, there’s a lot more to look at.
Damn leggings!

To my fellow watchers out there, I tip my literary hat.
We’re a part of a very large club that is literally EVERYWHERE…
All we ask is that women take the time to feel sexy enough about themselves that they wear those thangs that make heads turn, necks ache, cars crash and sudden moments in time feel like fireworks on a clear night.

You know that kind of shape that makes you look and say to yourself, “DAAAAAAMN!”

Watch on watchers, watch on… 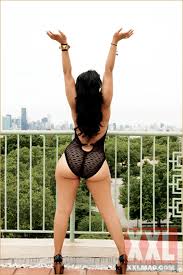