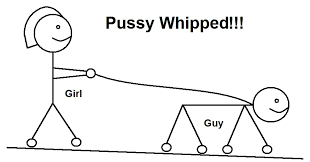 And that’s the beautiful aspect of being pussy whipped. You have no control over it!

After Chantelle Mbye’s ‘Dick Whipped’ article on mydirtyglove.com, I was inspired to talk about the issue of being pussy whipped.
The term is old school in its inception and describes a man who has been ‘whipped’ by good sex or a good woman in general.

This can be deduced by the male’s behaviour, his desire to want to please said female (or so he thinks is HIS desire) and his own sense of ‘I just want to see her’.

To be pussy whipped, means that she hit you with something that made you wanna slap your mama and now you cannot stop thinking about her or the things she did to you. And you want it regularly!

Men sometimes like to act like no pussy can whip them. (I can hear a chorus of men saying, ‘please, no pussy’s whipped me… I whip that pussy’) – but THAT dude is the one who was whipped by some Grade A, tick tocking, quinting woman with a cape on her clitoris that has a giant S on it. And, at some point, he vowed to never let it happen again. 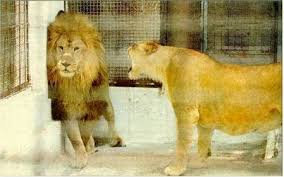 The thing about being pussy whipped or even being dick whipped is the assumption that you have a choice. When you know damn well you don’t. You know when you lie down with a woman and you’re in between the sheets, and you are making that magic, you know EXACTLY the moment when you realise that the pussy has whipped you. Whether you admit it to yourself or not is another story but you KNOW that the ‘bend over to the front and touch your toes’ move she suddenly dropped on you is gonna be bringing you back.

It makes you answer the phone at stupid o’clock to go and see her at the possibility of a lil’ some something, you could go round to her house and WAIT more than four hours if she’s said that she’s gonna give you some, you’ll tell her the dick is hers when she has it in her mouth in that special ‘sloppy’ way (if your not getting that good slop, you MIGHT just be missing out – FYI.)

Is it possible to not be pussy whipped?

To answer that question, I quote John Witherspoon in Boomerang when he said to the Eddie Murphy: ‘don’t let yourself be pussy whipped. You gotta reverse it! Whip that pussy. BANG BANG BANG BANG BANG!’

Reverse it and make her dick whipped!

But if you are forever trying to make her ‘dick whipped’ but fail, that’s a sign that you MIGHT be pussy whipped. (Think about it.)

Even the most experienced of swordsmen have fallen at the feet of a queen with good waist action with knowledge of the dick and knows make you feel good like Tony Toni Tone.